The Tropics community is part of the sprawling Filinvest Homes East community in the charming, laidback suburbs of Cainta. This community is highly accessible from different points in Metro Manila, and the main entrance gate is located just along Marcos Highway. The Tropics is situated just 1.5 kilometers away from the Sta. Lucia East Grand Mall, a prominent landmark in the eastern part of Metro Manila.

This municipality is bounded by Pasig, Taytay, and Antipolo—all popular residential areas. The northern boundary is shared with Antipolo City and Marikina City, Pasig City on the west, and Taytay on the east and south. Cainta lies in the Marikina Valley, and the municipality features ten percent of rolling hills, while the rest of the municipality’s 4,299-hectare land area consists of residential and industrial zones. The municipality is further divided into seven barangays.

Cainta can be accessed by a number of major thoroughfares. The main road is the Ortigas Avenue Extension, a corridor that brings the residents of the municipality to the business district of Ortigas Center. This road also leads to the cities of San Juan and Mandaluyong in the west, where many office buildings, industrial facilities, and lifestyle destinations are located. Taytay and Antipolo City is also easily accessible through this thoroughfare.

Another major road that Cainta residents can take is the Francisco P. Felix Avenue, which was formerly known as Imelda Avenue. This road runs across the Ortigas Avenue Extension and connects Cainta to Marikina City in the north, and the town of Taytay in the south. Locals call the intersection that connects these two major thoroughfares “Junction.” The Ortigas Avenue Extension also brings Cainta residents to the C5 Road, which in turn leads to Makati, Bonifacio Global City, and the South Luzon Expressway (SLEX).

There are a number of popular landmarks within this municipality as well. One of them is the Valley Golf and Country Club, which is one of the well-known golf courses in this part of Luzon. There is also the sprawling Sta. Lucia East Grand Mall, Robinsons Place Metro East, Robinsons Place Cainta, and the Il Centro Ice Skating Rink.

Aside from these prestigious schools, future residents of The Tropics can also send their children to a wide variety of private educational institutions, including: 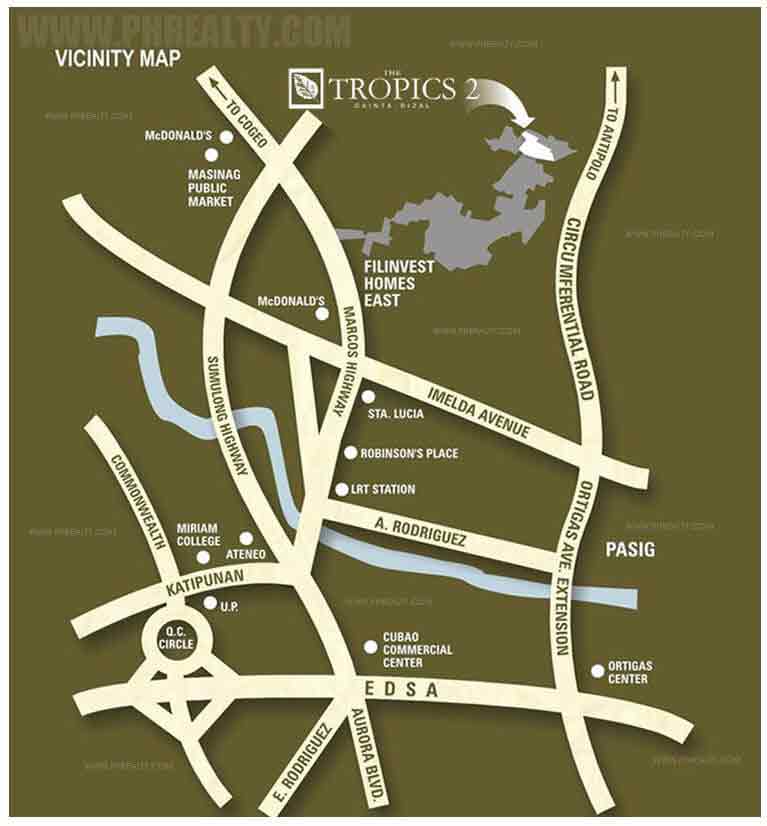 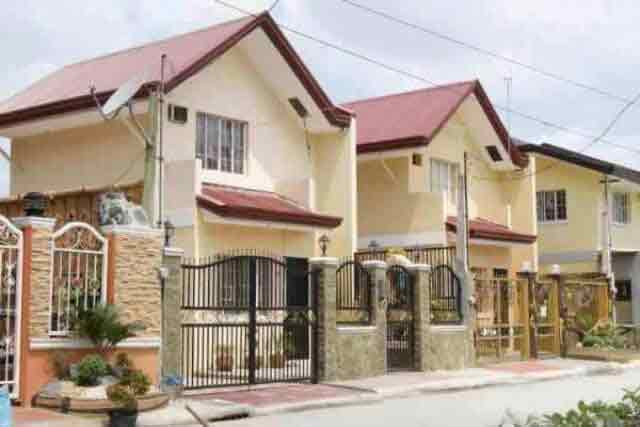